The population growth of North Belfast prompted the building of Frederick Street Church which opened in 1837. As the industrial development extended northwards a new Jennymount Weslyan Chapel was opened (in North Derby Street), as part of the Belfast Circuit in 1869. In 1898 Jennymount along with Frederick Street, Whitehouse, Little George’s Street and Woodvale Hall formed the North Belfast Mission.

Rev. Maguire (founder of the North Belfast Mission), felt that as the City grew and population spread towards the suburbs, there was a need for a new church in the YorkRoad/Shore Road area. A suitable site was located halfway between Seaview Street and Alexandra Park Avenue.

Jennymount Methodist Church was established in 1904 by the laying of the foundation stones. An accidental fire on the 8th January 2003 reduced the building to rubble. The new building was completed in September 2004 and officially opened on 25th September 2004. (Built by J.H. McNickle & Sons. Stained glass windows by Calderwood Glass.)

“The I Ams of Christ”

Also located on the ground floor are the GB and BB dedicated windows. 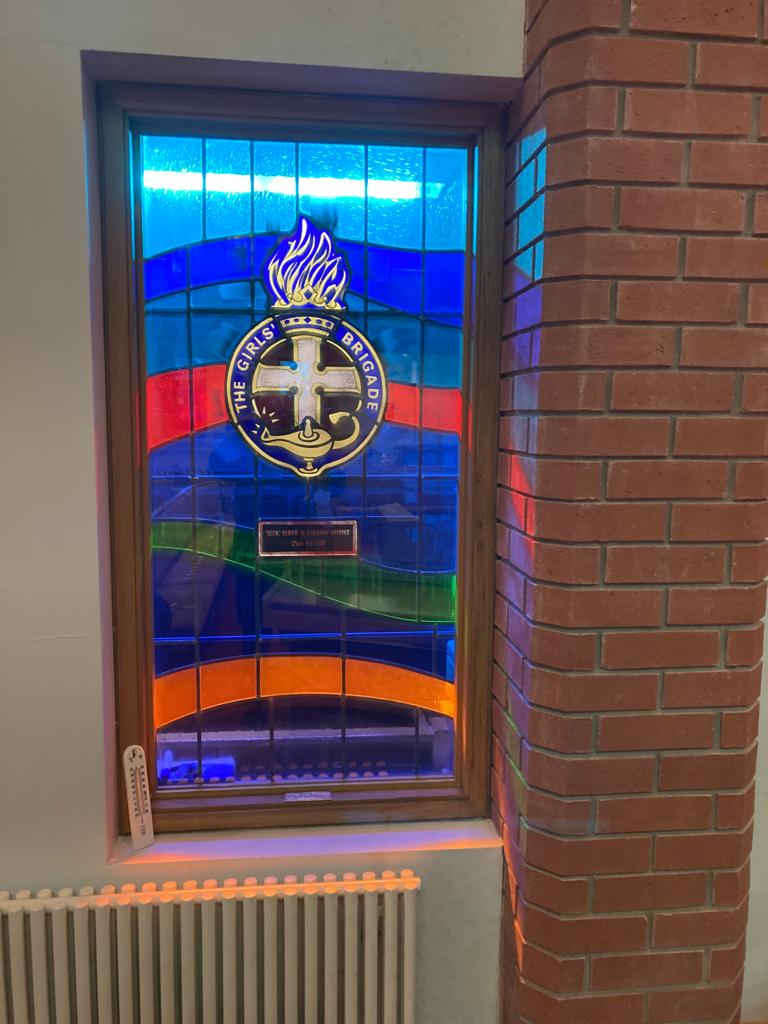 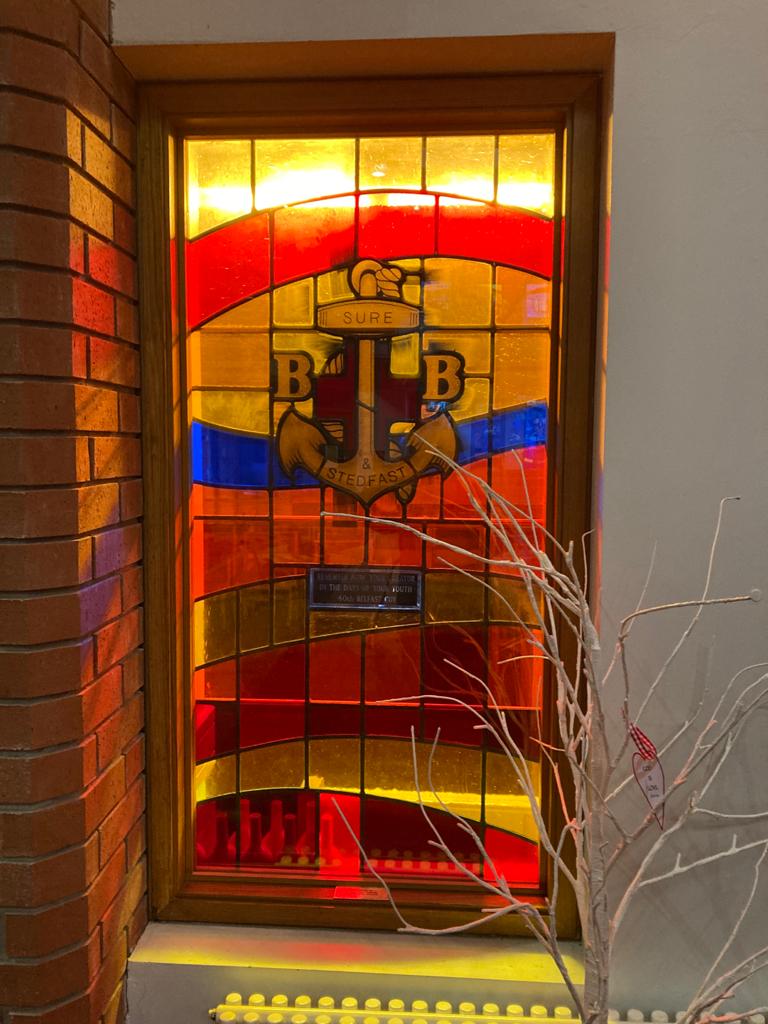 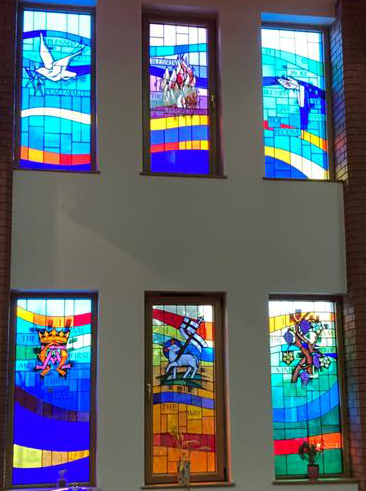 The central window depicts the Holy Spirit in the form of a dove and underlines the constant prayer for the Church:

“Come as the dove and spread thy wings,

The wings of peaceful love,

And let Thy Church on earth become

Blest as the Church above” 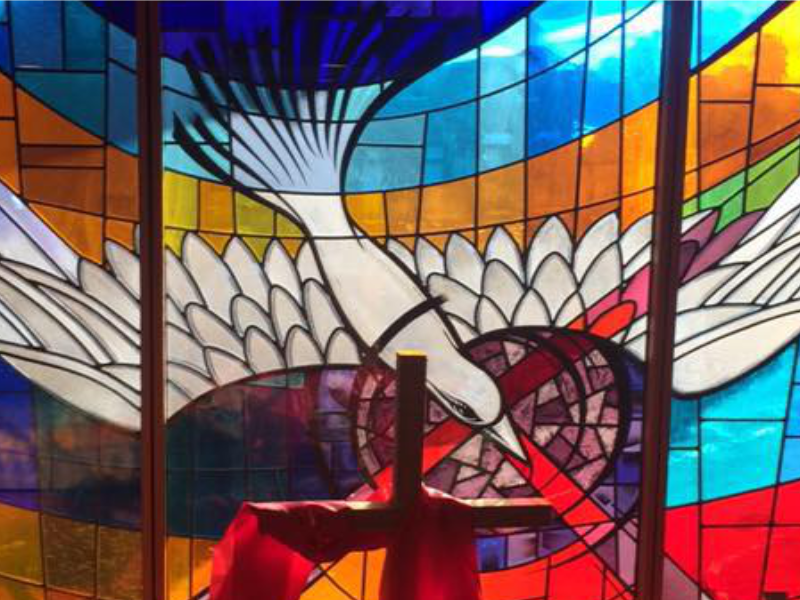 The Church Council has sub-divisions to cover all the areas that need more regular attention such as  Property and Maintenance, Pastoral Care, Youth, Fun and Fellowship and Communication. These are made up of Council members and some other church members.

If you would like to help or join a sub-division, please get in touch

When asked what the greatest of the commandments was, Jesus said:

Because we are made in God’s image, Jesus then said:

“And the second is like it; you shall love your Neighbour as yourself”

So, our Mission is: